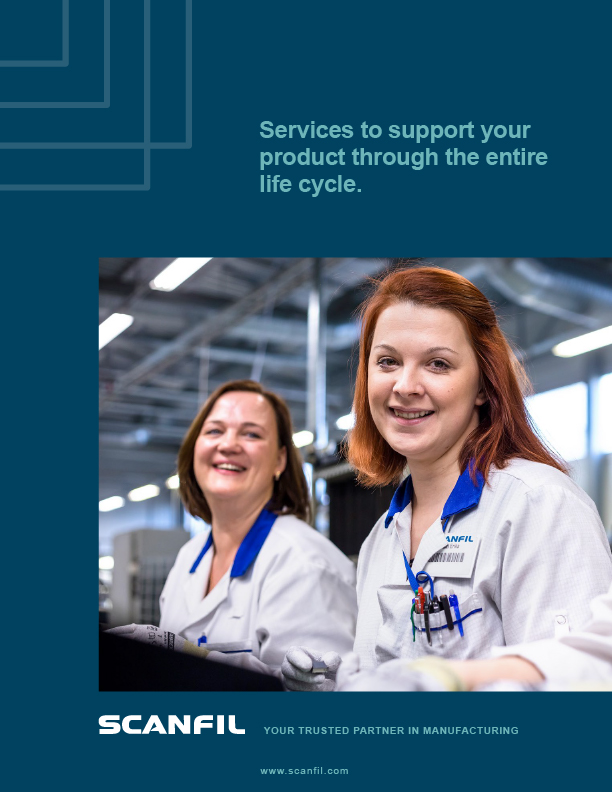 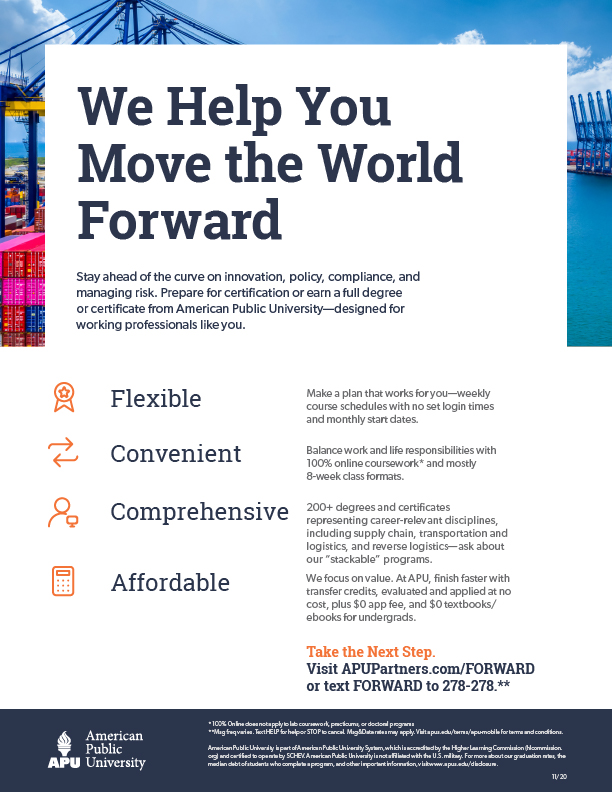 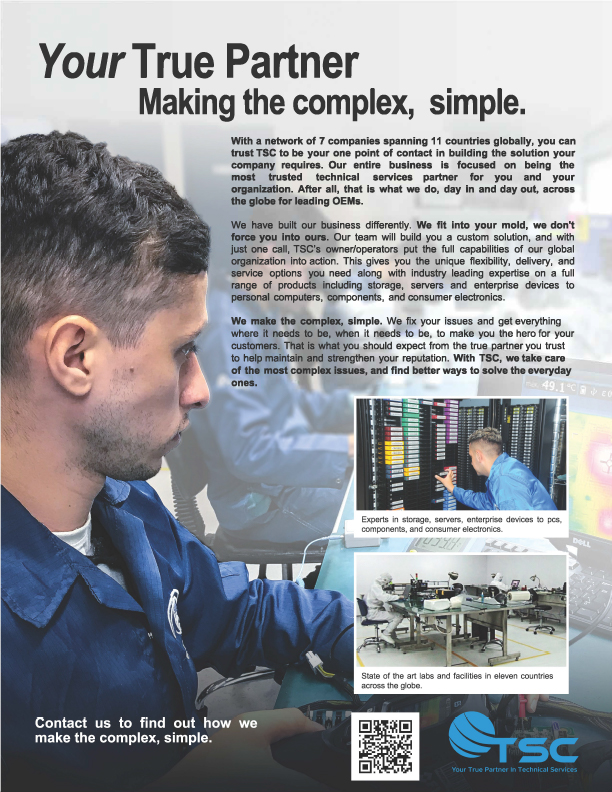 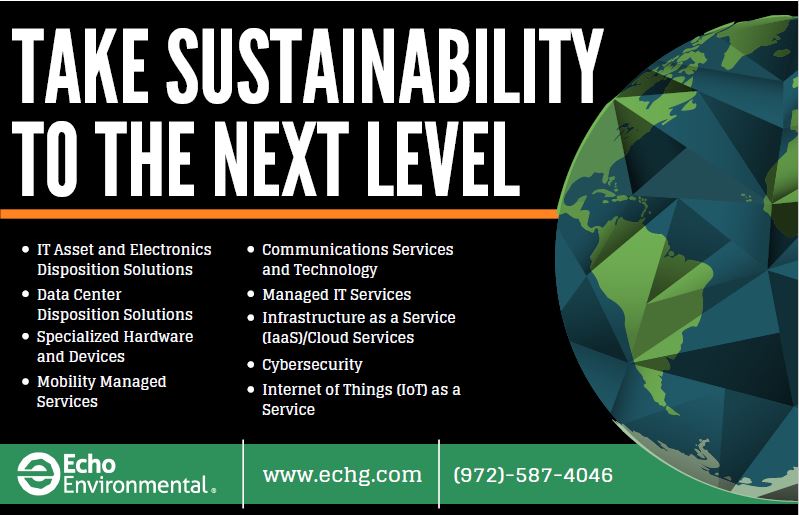 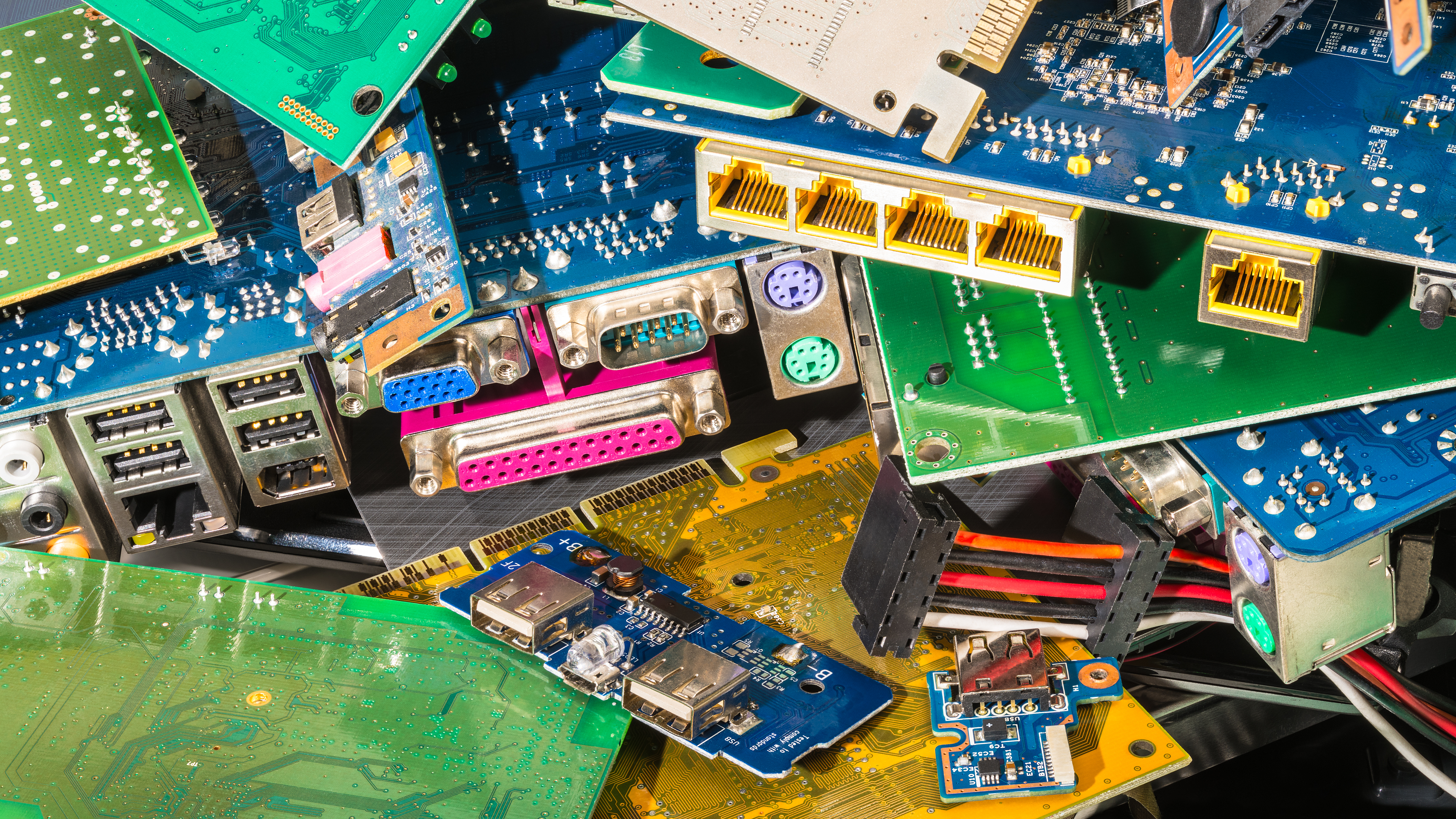 New technology has never been more enticing than right now. Releases of exciting new phone models, tablets, gaming consoles, and personal computers means that consumers across the world will soon be ditching their old models to make long-awaited upgrades. Consumers and business leaders alike are left with an important question: what do I do with my old tech?

According to a United Nations report, roughly 50 million tons of e-waste is generated every year since 2017, with the number only expected to rise every year. This breaks down to almost 13 lbs for every person on the planet, although a staggering amount of this waste is generated from Europe and the United States which contribute to over half of this amount.

E-waste in these vast quantities is a major issue, leading to resource scarcity, environmental concerns, and adverse health effects. According to the same report. less than 20% of e-waste is formally recycled, with 80% either ending up in landfill or being informally recycled – much of it by hand in developing countries, exposing workers to hazardous and carcinogenic substances such as mercury, lead, and cadmium. E-waste in landfills contaminates soil and groundwater, putting food supply systems and water sources at risk. 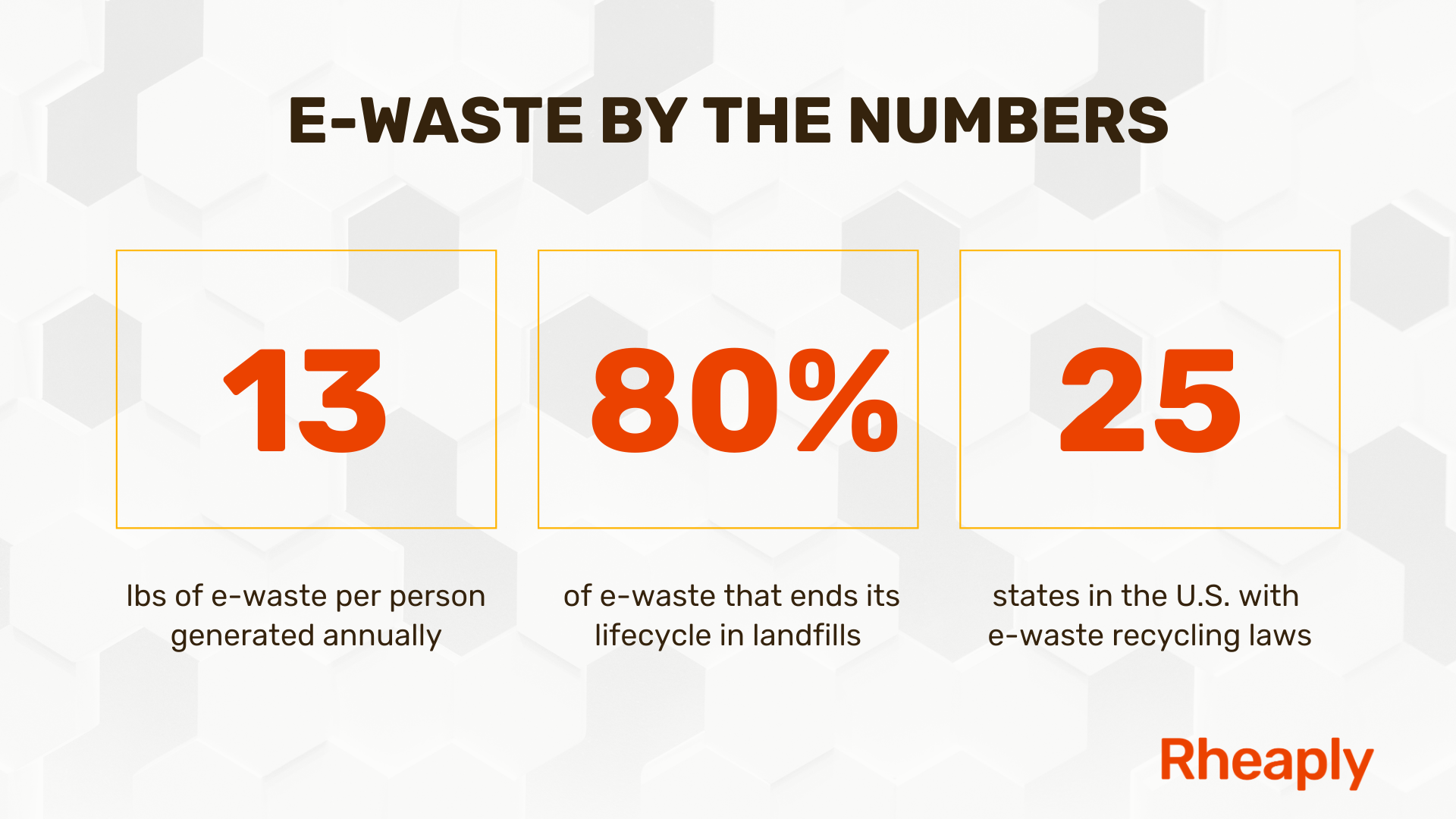 According to Scientific American, cities like Agbogbloshie, Ghana, which is one of the largest electronic waste disposal sites in the world, are ranked some of the world’s most polluted places. This type of waste and pollution stems from the habits of developed, wealthy nations and hurts those in less affluent nations in drastic ways.

Beyond the obvious issues presented here, the economics of allowing valuable rare resources to go to landfills and waste sites adds up to billions of dollars in wasted value: approximately $62.5 billion dollars annually - more than the GDP of many countries.

E-Waste Magnified by COVID-19 and 5G

The major issues with e-waste are being even further magnified by the global COVID-19 pandemic and the introduction of 5G technologies. The coronavirus pandemic has led to an unprecedented number of companies changing the way their employees work. An unexpected side effect of this is the vast amount of unused electronics sitting in vacant offices. Businesses have sometimes hundreds of monitors, keyboards, video-conferencing equipment, and more going unused. Office managers and procurement specialists face challenges with this surplus equipment, not knowing the proper ways to handle this leftover equipment - especially after reducing their workforce.

The rise and implementation of 5G wireless technology also contribute to the e-waste problem facing the globe. As groundbreaking technology like 5G becomes the norm, millions of tons of electronic devices containing rare elements such as cobalt, gold, tin, and tungsten will find themselves in landfills.

The world is finding itself at an opportune moment for change where technology designed for obsolescence can find their life cycles expanded through a simple concept: circularity.

Circularity as a Solution

For those unfamiliar with the concept of circularity, a circular economic model requires a change in thinking from resources being produced, used, then disposed of. A circular economy creates multiple possibilities for resources and assets to be reused and repurposed. In practice, this prolongs the life of resources, reduces waste, and saves costs across the board.

At the beginning of 2019, the Nigerian government, the Global Environment Facility, and the United Nations Environmental Programme announced a $2M investment to boost formal e-waste recycling efforts in the country. These funds provide a system that formalizes the labor force with safe and decent employment and secure wages to handle over 500,000 metric tons of e-waste annually.

Bringing the Issue Back Home

Efforts in Nigeria show just one example of circularity being used across the globe to reduce e-waste, cut back on pollution, and save money. The shift to the circular economy is much slower to take shape here in the United States, however.

Since most of the e-waste from the U.S. is exported to other countries for processing or junking, it’s difficult to fully comprehend the magnitude that could be reclaimed and put into the circular economy. Only 25 states currently have electronic waste recycling laws, many of which were signed in the mid-to-late-2000s according to the National Conference of State Legislatures.

Further policy changes and regulations are becoming more and more necessary to meet the moment.

One path forward is through disruptive technology that can boost material recovery, iterate on logistics, and foster connectivity and cross-organizational resource sharing which are all hallmarks of an operable circular economy. It ultimately rests on the shoulders of industry leaders reading this to take it upon themselves to push the circular economy even further to address the growing waste stream of electronics in the world.

Launched in 2016, Rheaply’s Asset Exchange Manager (AxM) is the easiest way that professionals share materials & resources with anyone in their industry. By connecting leading research institutions, Fortune 500 companies, government, school systems, nonprofits, startups, and other organizations in between, Rheaply is creating a shared economy for innovation and making it easy and efficient for organizations to track and utilize assets before making purchasing decisions. 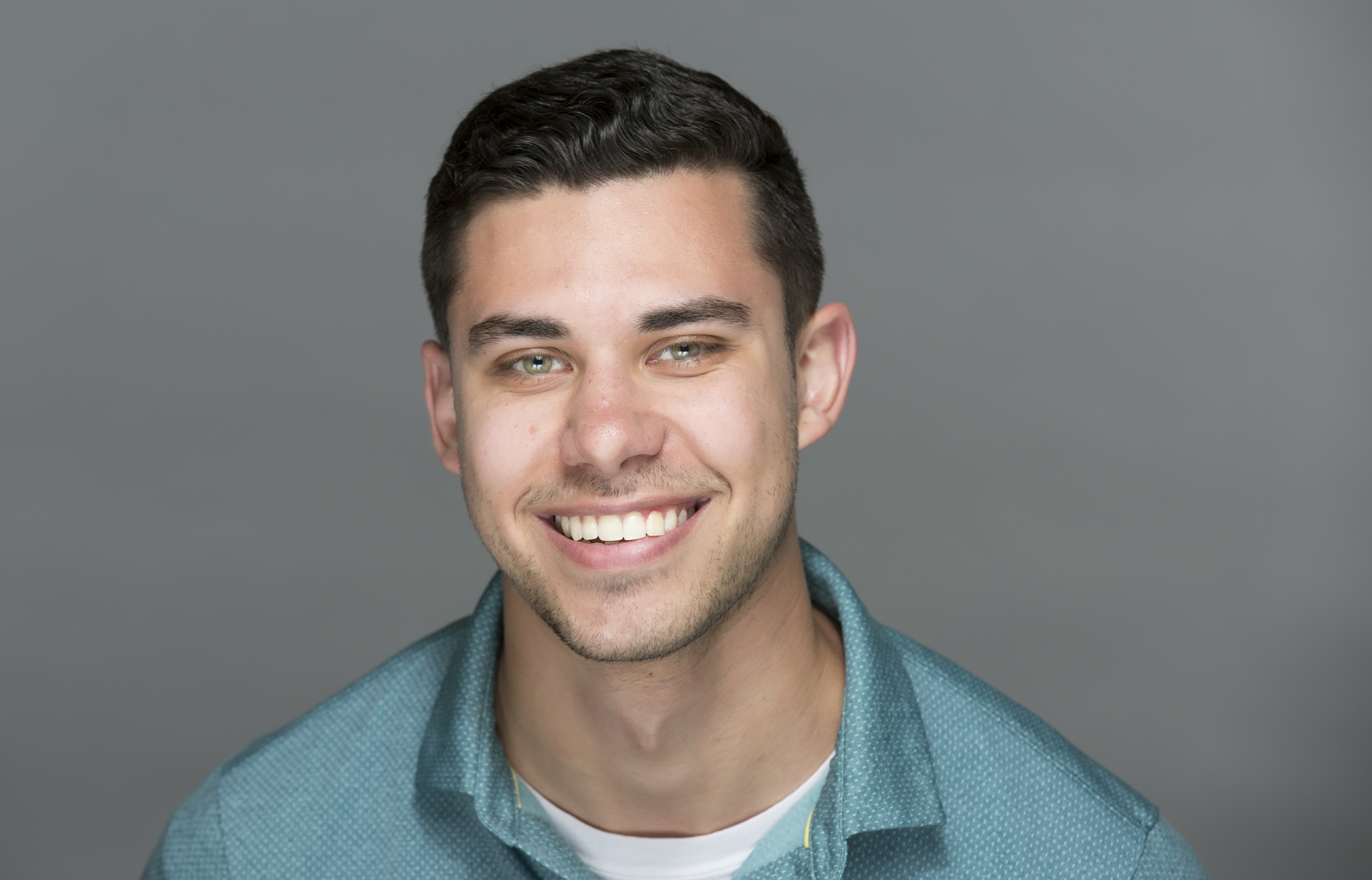 Derek Doeing
Coming from an agricultural background and growing up in rural Illinois, Derek has always cared about the environment and being a good steward of the planet. He graduated with a B.S. from Iowa State University and brought his talents to Rheaply, combining his passion for sustainability and technology with his love of writing and communication. Derek has formally written for G2 and Arable Media.