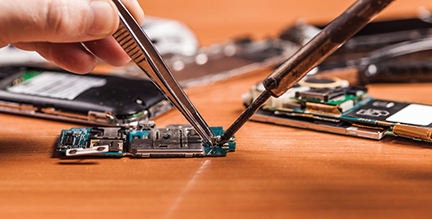 Just one quarter into 2020, and the Right to Repair movement is expanding, gaining new ground, and proving increasingly popular. Here’s what’s happening.

State Legislation is In Progress

Proposed laws that require companies to offer parts, manuals, and specialty diagnostic tools to the public have been introduced in 21 states in 2020. A few of those bills have been heard and advanced, to promising effect. The Massachusetts bill cleared one committee and is now on its way to the full Senate, following spirited debate in late 2019. The same goes for Hawaii, where a consumer protection committee furthered a bill to the House Judiciary Committee. While Washington state’s hearing didn’t move that bill forward, it showed that the opposition is perhaps strategically no longer fighting bills in the public forum, relying instead on private meetings with legislators. At a hearing in Maryland in March, local repair shops clashed with lawyers from the Entertainment Software Association, who argued that allowing repair of game consoles would enable video game piracy.

CompTIA, the Computing Technology Industry Association, sells certificate-based training to repair technicians. The trade group has also previously lobbied against Right to Repair legislation, seemingly on behalf of Apple. But after popular YouTube repairman Louis Rossman called out their conflict of interest and set up a boycott petition, CompTIA agreed to halt its lobbying operations.

Apple has agreed to pay up to $500 million to settle a class action lawsuit over its phone batteries. A few years ago, Apple tried to quietly address the issue of older iPhones crashing when running on worn-down batteries by throttling performance. In doing so, it made iPhones run slower, and didn’t tell customers, leaving some to feel like it was time to upgrade.

Tech-minded types noticed suspicious slowdowns and raised the alarm. We called it Batterygate. Apple responded by offering discounted battery replacements and apologizing for not telling customers. After launching its investigation in April 2018, a French government anti-planned-obsolescence watchdog group fined Apple €25 million. Subsequently, Apple settled a class action lawsuit for $500 million. Governments are increasingly on the lookout for tactics that artificially limit the lifespan of their products.

The American Farm Bureau Federation, representing more than 6 million member families, voted in January that farmers and ranchers have the right to fix their own equipment. Pointing to Massachusetts’ landmark right to repair ballot initiative, the Federation made clear that, if a deal cannot be reached to obtain fair prices for diagnostic tools, their group will back right to repair legislation.

New Poll Shows Right to Repair is Popular Across Parties

Data for Progress asked nearly 1,000 people in early January how they felt about a new president, on day one, taking one of 29 different executive actions to immediately change policy. Among those immediate actions was using antitrust powers to ensure device owners’ full rights to repair their own equipment. More than 60 percent of those polled approved of such a measure—including people from both parties.

The repair measure also had the highest net approval margin. There aren’t many issues you can present to people that won’t turn into a partisan exercise, but fair repair seems to cut more swiftly across the political divide.

Europe Paves the Way for a Circular Economy

The European Commission just published its Circular Economy Action Plan (CEAP), aiming to pave Europe’s way towards a sustainable products policy and a circular economy. One of its goals is to encourage businesses to offer, and to allow consumers to choose, reusable, durable and repairable products—and experts expect that Right to Repair concepts will be among the measures they recommend.

This year is shaping up to be a formative one for a more robust repair economy. Electronics refurbishers and repairers are finding increasingly receptive ears with politicians but to date, no legislature has held a formal floor vote on Right to Repair. 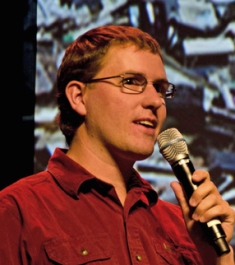 Kyle Wiens is the co-founder and CEO of iFixit, an online repair community internationally renowned for their free repair manuals and product teardowns. Launched out of his Cal Poly college dorm room, iFixit has now empowered millions of people to repair their broken stuff. In 2011, he started Dozuki, a software company that is revolutionizing online technical documentation. Kyle is a board member of Softec and the IEEE CE Society. He’s spoken widely on technical writing, cloud computing, self-repair, service documentation, and sustainable consumer electronics at forums like MacWorld, The Intelligent Content Conference, and more. He also regularly writes for media outlets, including The Atlantic, Wired, TreeHugger, Harvard Business Review, and ifixit.org.